Enter your CSS code to compress:

What Is The Difference Between Gzipping And Minification?

Whenever CSS minification online is concerned, people often consider the differences between minification and Gzipping. To illustrate, Gzipping is a process like minification that helps users reduce the code size. That being said, both these technologies are designed to deliver a similar purpose. Be it Gzipping or minification, it helps apply the assets on .js and .css files.

As a result, the file size is reduced, and navigation between servers and browsers will be improved. To begin with, minification removes the comments, white spaces, reducing the hex code length, and removing semicolons. Also, it does everything without impacting the code’s functionality and performance.

On The other hand, Gzipping identifies the repetitive strings and replaces them with pointers. Gzipping is conducted directly through the server, and the process will be completed automatically since there is no need for external/manual configuration.

What Is The CSS Minifier?

CSS minifier reduces the CSS instructions and delivers best practices. It’s an advanced tool with which the developers can create an appealing version of the project. It also improves website speed. That being said, CSS minification increases page performance since CSS files are merged into one file. Also, it has CSS minify and compress technology that improves the download time.

How Does The CSS Minifier Help The Users?

If you have been skimming through CSS minify to normal online, we are certain that you are taking part in web development. Using the CSS minifier will improve the web page speed, which serves as a website evaluation parameter. The prime objective of CSS minifier is the improvement of website speed. This is because the minifier will reduce the script size, hence better download time.

Some users also use CSS minifier for minification of CSS online. Also, it clouds the codes, which makes it hard to reach the code. That being said, the code will be pretty hard to read or copy.

Why should I use the CSS Minifier?

At FreeSEOToolBox, the CSS minifier is the simplest and high-end optimizing tool. The users can compress the CSS files into smaller sizes without taking hours. In addition, compressing the CSS files will be extremely easy, so the non-techy people can also use it without any issue. As far as the interface is concerned, it’s user-friendly, which allows the users to compress the CSS files in a simple manner. Also, it’s a quick and free tool available online, so it’s available for everyone.

How To Use The CSS Minifier Tool?

Using this tool is extremely easy and simple. This is because users can copy and paste the CSS code in the field. After pasting the code, click on the “Minify CSS” and the minified codes will be delivered within a few seconds. 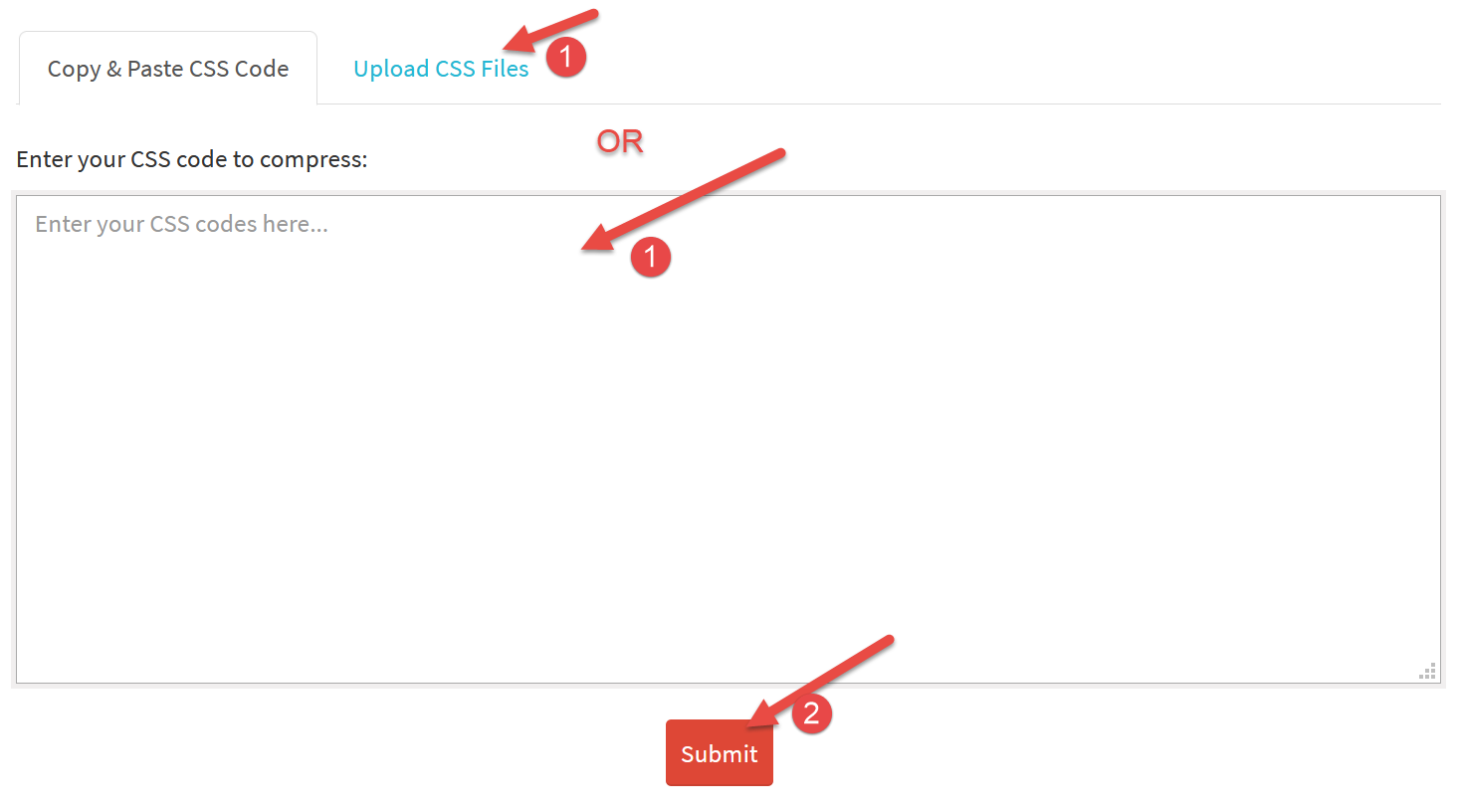